A barista, Jessica (Jenna Creed), is working when two new customers enter the cafe. She instantly brightens up as she recognizes them as her old friend, Alex, and his parent, Robert (Chris Epic). However, they are confused and can't figure out who she is.

Jessica reveals that she used to know them while presenting as a boy named Timothy. She moved out of their neighborhood a few years ago and started transitioning to live her life as her true self. While Robert is happy to see her, Alex doesn't take the revelation well. Right there in the cafe, he makes a scene. Although Robert tries to defuse the situation, he fails, and Alex leaves in a huff. Robert is speechless and tries to meekly apologize on Alex's behalf but soon hurries out, leaving Jessica stunned.

The next day, Jessica is resting in her loft when Robert unexpectedly shows up, which she's not too thrilled about. Robert profusely apologizes for what happened the day before, saying that he feels terrible for Alex's behavior, and just wants to talk. Although she's still not too sure about the whole thing, Jessica begrudgingly invites Robert inside.

Once inside, Jessica admits that she's hurt and a bit angry that Robert didn't actually do something to stand up for her at the cafe. Robert doesn't fight her on it, knowing she's right. He reflects on how he's always felt like a parent figure to her, and that he noticed that Jessica seemed unhappy in the past but didn't do anything about it then either. He feels guilty for not reaching out to her and instead leaving her to figure everything out on her own. Jessica is touched as she insists she needed that time away from everyone she knew to figure herself out, but appreciates that he thought of her. She always felt close to him, too…

As they open up more and more about their past, they unexpectedly start growing closer and closer together, something new being sparked between them. While Robert expresses regret for not doing more to help her — back then or now — he vows to always be there for her going forward. Jessica is softened by his kindness and sincerity, becoming caught up in the moment as many different emotions are brought to the surface. But as their eyes meet and sparks start to fly, does she really trust that Robert has changed his cowardly ways in order to take care of her from now on?

Love this video? Join TRANSGRESSIVEFILMS.NET and support the site.

ShemaleDream I am the Creator of ShemaleDream.Tube and a true lover of Shemales, Trannies and. Ladyboys. Every video here as been personally. Enjoy this amazing site!

DVD Of The WeekPorn Crush 5 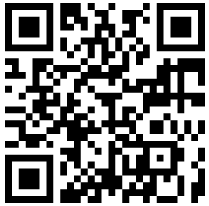